According to official figures, more than 10’000 people have already lost their lives  in the war which is ongoing in the East of Ukraine since spring 2014. 22’000 were injured. Most of the victims are civilians who got caught in heavy shelling along the 500 km long front line between the Ukrainian army and the self-declared republics “DPR” and “LPR”.

Ukraine is the largest country in Europe with 45 million inhabitants. 3,8 million live in the self-declared republics today. There are 1,5 million internally displaced and 1 million refugees mostly to Russia or Belarus. People in the conflict zone, displaced and refugees, former combatants and their relatives – they all feel the cosequences of the war. Many suffer from post-traumatic stress disorder. 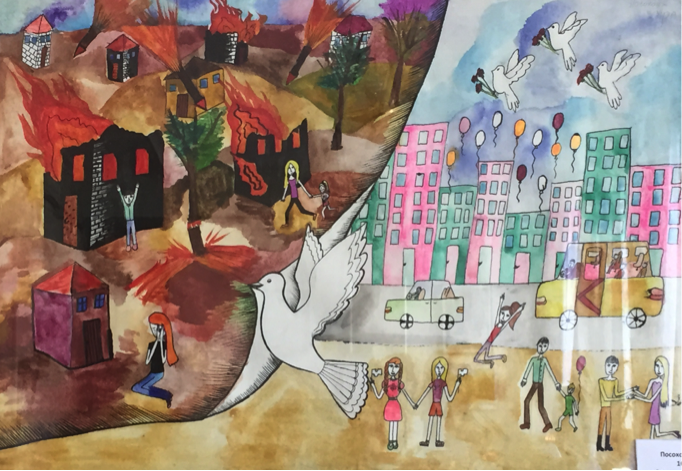 Exchange with Vladimir Soroka, psychiatrist from Donetsk in Switzerland

On 18 and 24 May 2016, two public exchanges with Vladimir Soroka from Donetsk, Ukraine, took place in Berne and Lucerne, Switzerland. Vladimir is a psychiatrist who works with victims on both sides of the conflict which is ongoing in the East of the Ukraine since spring 2014. His presentation focused on the life of people trapped between the two warring parties and entailed many illustrative examples from his work with traumatized patients in Donetsk and Kiev.

While having a neutral role as a doctor committed to principles of humanity, he is also personally affected by the war and has witnessed its course since the beginning. High prices for food and the impossibility of employment in the public hospital in Donetsk force him to shuttle between Donetsk and Kiev, spending most of his time away from his family.

Initially, the checkpoints at the frontline could be passed rather easily, but this has now become an endeavour of many hours or days. Many people spend the night in the queue in order to be able to make in through. There are usually no toilets, and the terrain left and right of the asphalt road is often mined.

In the territories of the self-declared republics “DPR” and “LPR”, civilians live in a sort of “prison under open sky”. Especially affected are pensioners and children. Many elderly feel isolated because their relatives have left the area. Pensions are very small or non-existent. The suicide rate among pensioners is high. Many children who have witnessed death directly or indirectly are affected by post-traumatic stress disorder, showing symptoms such as bedwetting, sleepwalking or nervous tics.

Even though there is an enormous willingness of relatives and friends in other parts of Ukraine to help, internally displaced persons (IDPs) often face difficulties with their integration at the new place. Finding a place for living, work and social acceptance are only some of their challenges. For this reason, in spite of facing the risk of being named “traitors” in Ukraine, many prefer to return to Donetsk after some time. There, they are often not welcome back, too, but blamed not to have stayed in solidarity “during the difficult period”.

There are many professional psychologists in Ukraine, ready to provide psychological support to people with trauma even on a voluntary basis, but they lack support, coordination and training. Hardly anyone has undergone specialized education in trauma therapy. It may happen that, during a therapy session, the therapist breaks out in tears together with the patient, both ending up in need of assistance. 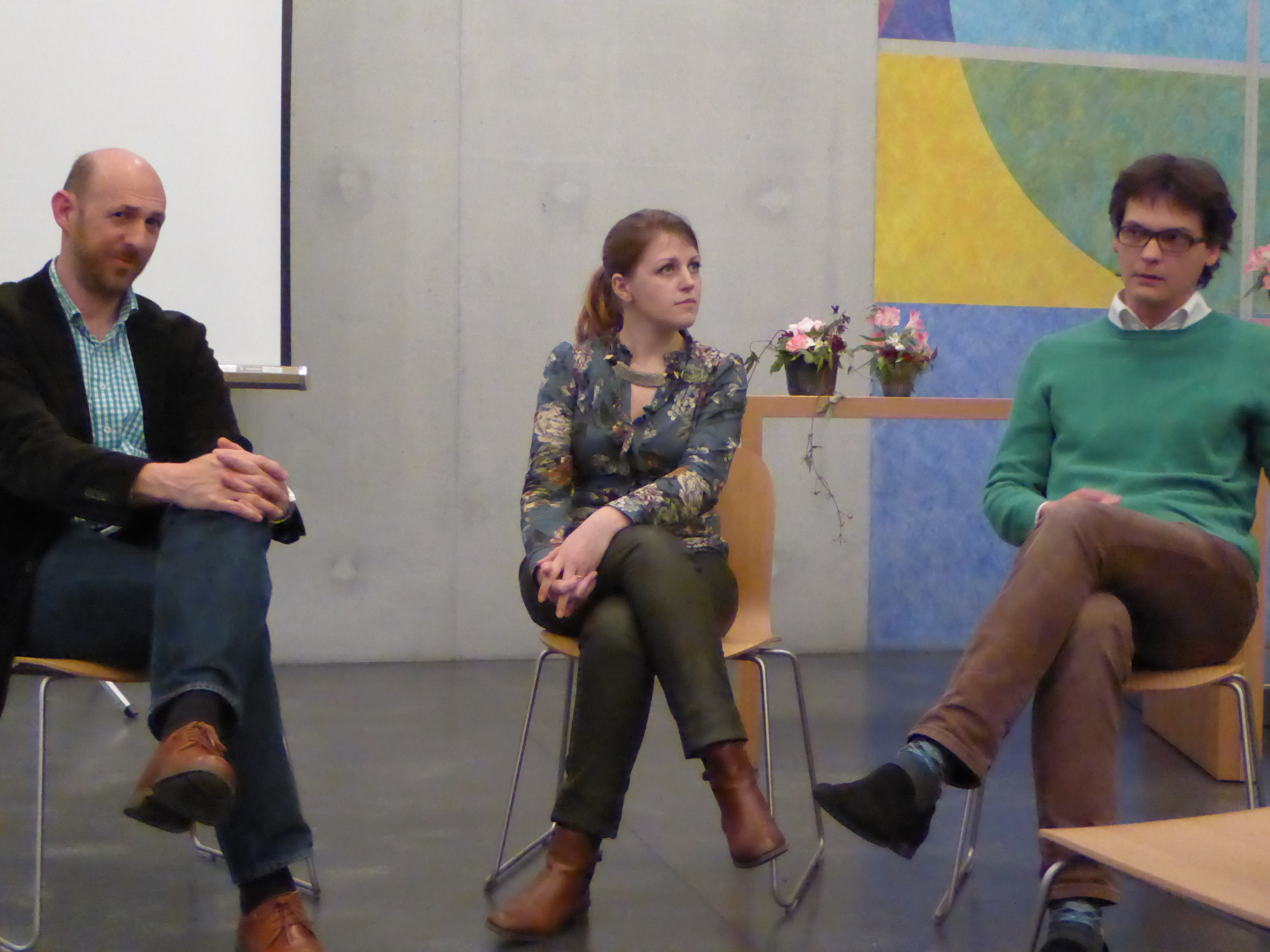 Outlook on the peace process

People in Ukraine know little about the official peace process taking place in Belarusian capital Minsk. There, under to auspices of the OSCE, in September 2014 and February 2015, a comprehensive peace agreement was concluded and signed by the official representatives of Ukraine, Russia, DPR and LPR. The ceasefire in place today is generally recognized as a result of these negotiations. But besides that, not much visible has come out from the bi-weekly meetings of the four working groups yet. In contrary, the Minsk process has lead to the politization of issues such as the exchange of prisoners which were before handled more effectively on technical level.

Even though many don’t believe that elections will lead to substantial change in Eastern Ukraine under the current circumstances, the main emphasis of the international efforts are currently directed to the preparation of municipal elections. On the other side, not enough – national and international – attention is  curently paid to the questions of demobilization and amnesty. In combination with serious economic reintegration opportunities, the perspective of a real amnesty in Donbas(s), however, could help fighters to decide to quit arms and thus build the basis for reconciliation and sustainable peace in the region.

At a high-level-roundtable organized by the Council of Europe on 8 December 2014 in Kiev, representatives of the Ukrainian government and civil society discussed the enhanced version of a strategy document following consultation with key civil society and government actors. Representatives of the Presidential Administration, the Verkhovna Rada (Parliament), the Cabinet of Ministers and the Ministry of Justice were among the panelists from official side. Civil society was represented by the Euromaidan and the Reanimation Reform movements, among others. The roundtable was preceded by a multi-stakeholder meeting on 5 December which looked at the outcomes of the written consultation process and brought the views of the various involved stakeholder groups into the discussion.

The strategic priorities are structured in three parts: (a) Creating an enabling legal environment, (b) Institutionalizing consultation, dialogue and consultation, and (c) Building a culture of participation. Part (c) includes awareness raising as well as capacity building of both the public administration and civil society organizations. Participants of the 8 December roundtable widely endorsed the proposed strategy. Contradictory statements were made regarding the role of NGOs in strengthening local self-government, e-democracy tools and the link of possible future civil participation regulation to regulatory policy law. There was broad recognition of the fact that actors and activities need to be further specified when it comes to the implementation of the strategic priorities. The creation of a multi-stakeholder task force to facilitate problem solving was proposed in this regard.

“Things are changing,” said two of the civil society participants independently from each other. “Only one year ago, it would not have been possible that we sit at a table with government representatives and talk openly about needs and ways to enhance mutual communication and consultation. That we work together in order to improve the quality of political decisions of our country. Today, this is a reality”. The full strategic priority document in English can be found here, in Ukrainian here. The Council of Europe’s review of the roundtable  is posted on the website of it’s office in Ukraine. 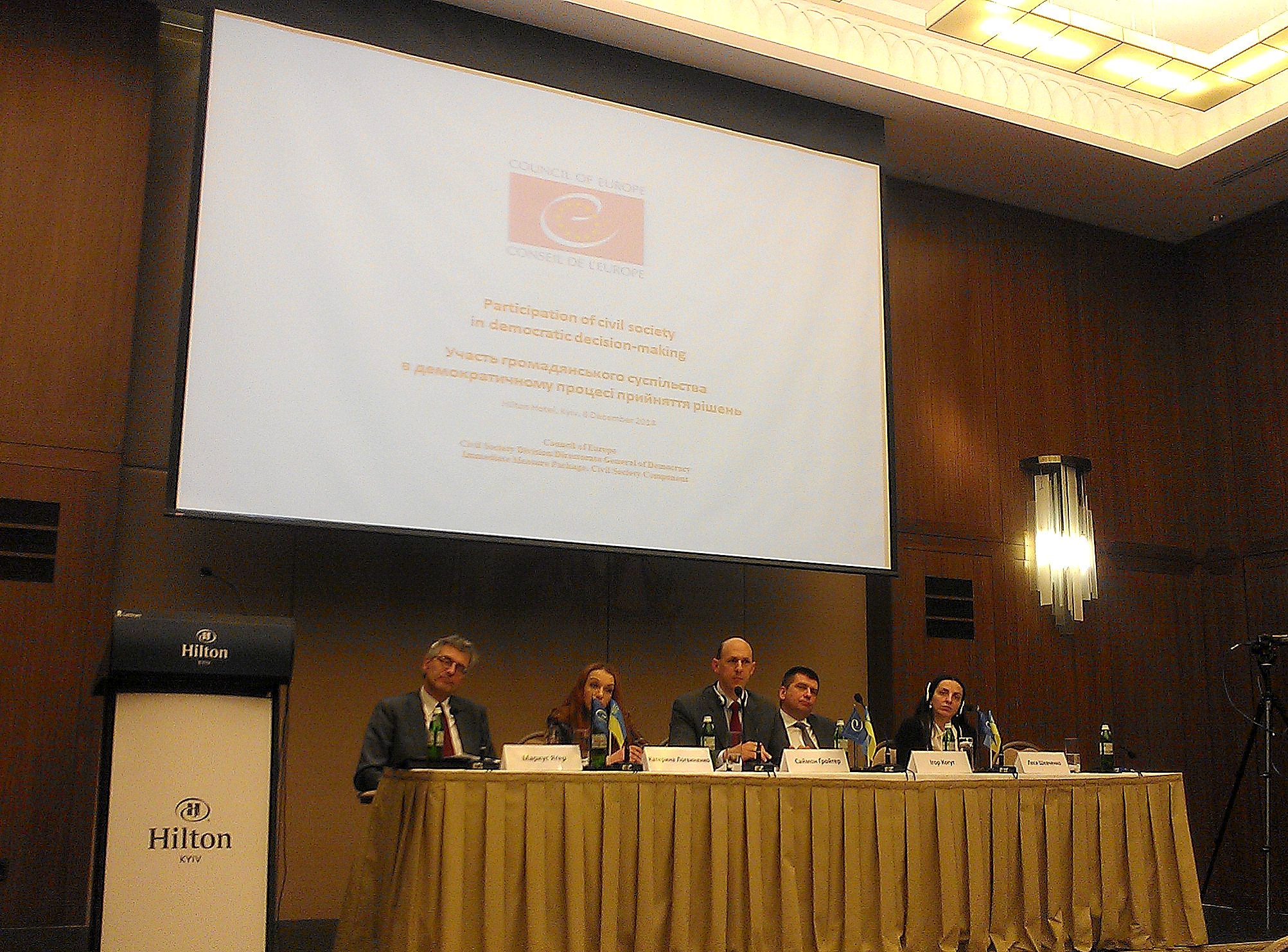 On 24 and 25 November 2014, civil society and government representatives from different regions of Ukraine discussed their future strategy to promote citizen participation in decision-making. Main issues are enhancing the rules of procedure for consultations within the law-making process as well as establishing effective mechanisms of citizen-state interaction at national, regional and local levels. Also discussed were ways to support these processes through an information campaign as well as capacity building of civil society organizations and the public administration. The necessity to adopt a new law on public consultations was widely recognized by the participants.